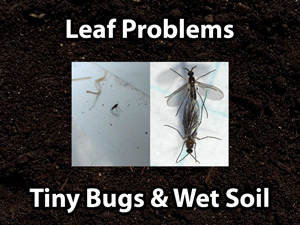 Fungus gnats are an invasive pest, spending most of their lives causing damage to your plant’s internals and root zones, growers of various mediums need to take precautions and reactive measures once an infestation has occurred.

As an adult the sciarid flies or fungus gnats are 3-5mm in length, look black with iridescent and translucent wings with tapering antennae. These pests do most of their damage to crops/plants in their other life stages. The larvae 6-10mm long are legless and translucent with black heads and often are found near the edge and interior of a growing medium.

The life cycle of a fungus gnat has 4 main stages; egg, larva (with 4 instars), pupa and adult. The females prefer to lay eggs in damp organic media and at 75ºF will hatch in 3 days. Within 10 days the larvae turn unto pupa and in another 4 days emerge as adults taking 17 days for a fungus gnat generation to happen. The warmer it is the faster they mature and reproduce. The nature of the reproductive timeline makes it so fungus gnats can reproduce many time’s in a single year, and left unchecked can cause reductions in yield and crop damage/injury.

Larvae in large numbers can cause damage to roots and stunt growth, especially when plants are younger and root mass is less established and nessicary to plants growth. In vast numbers this can represent a significant issue to a crop/plant’s health and value. In heavy infestation development is slowed and root mass is lower limiting a plants ability to grow/produce.

Growers in many types of mediums experience this very common substrate pest. Which has given birth to a number of very useful techniques to control and reduce fungus gnat’s populations and prevent damage and injury to your crops/plants. There are a number of chemical controls to reduce and eliminate fungus gnats some of the safest and most effective happen to be pyrethrin’s. Due to the new formulations they can be fast acting contact killers as well as degrade quickly making early entry into your grow area less of a risk to personal safety and the plant.

An option of some mechanical controls happen to be adding standard work procedures that inhibit fungus gnats from thriving in an environment. Fungus gnats prefer and reproduce best in moist conditions and an abundance of decaying vegetations and or fungi. Good drainage and allowing the surface of the container to dry out can help reduce population pressure. Heavy organic feeds can also produce an environment conducive to fungus gnat reproduction. If you are using these types of feeds or substrates be ready with preventative measures to ensure you have the upper hand with any fungus gnat infestation.

Other effective controls when the option is available are bio insecticides or biological controls. The classification of these products centers around biotic measures applied to control and eliminate a pest population without the danger of harsh chemicals. Through ingestion or contact, the wide range of this class of controls ability to reduce and eliminate a pest population make them an extremely useful tool to any grower looking to maintain safety and a high-quality production standard. Products like the one below uses organisms in this case Bacillus thuringiensis subspecies istraelensis. a bacterium, to infect and kill its target pest. 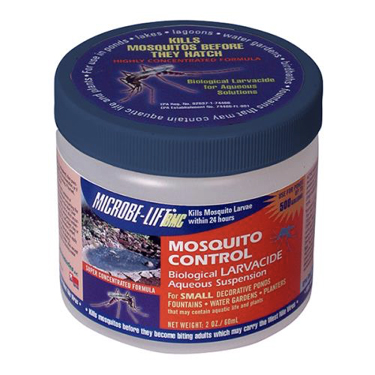 Other Biological controls suitable for fungus gnat population control are: nematodes Steinernema Feltiae which will colonize your substrate and work for you as long as its food is available. Another promising fungus gnat control is Hypoaspis (Stratiolaelaps) miles, which are a semi mobile soil mite that eats eggs, larvae and pupa of fungus gnats, although they prefer to colonize a single environment equal distribution is key in gaining total control over a pest outbreak. These three bio-insecticides an beneficial insects are synergistic when used together in accordance to a rotating IPM schedule