In this episode of Growing Exposed, our garden tour guide Justin Cooper takes us into a federally licensed facility, strictly for medical patients, and we hear an inspiring story from a medical patient himself. Justin has over 25 years experience in the hydroponics industry and knows his stuff when it comes to what makes a good grow operation.

This facility produces top-notch, 100% organic medicine and has extremely tight security measures in place: strict tabs are taken on who enters and exits grow rooms. In order to enter these rooms, visitors and staff are quarantined and must wear the proper gear to prevent contamination: booties, hairnets, room-specific lab coats and latex gloves. Fob-controlled steel doors also ensure only authorized personnel have access to grow rooms at any given time. 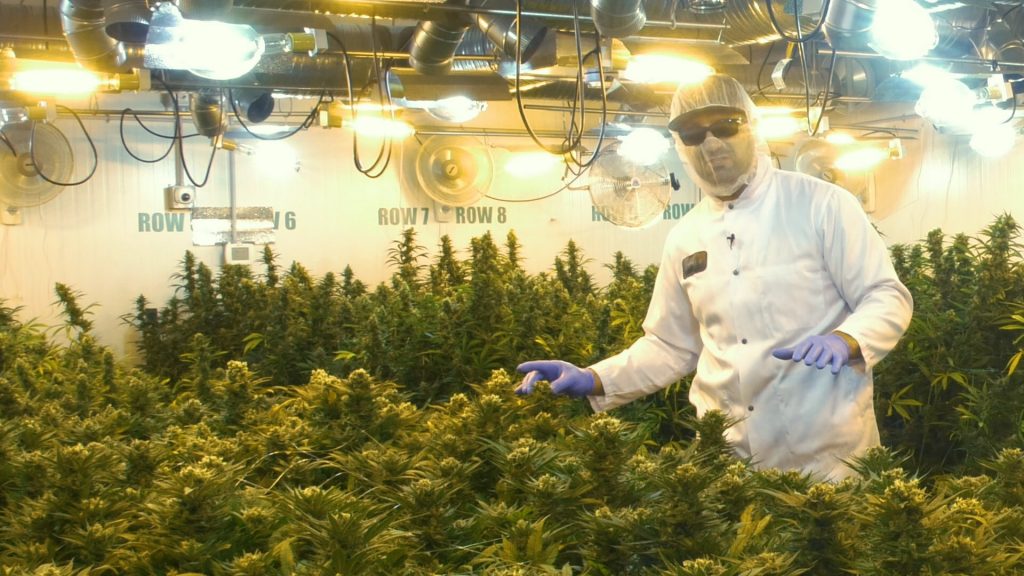 David explains there are greater benefits for your plants when you choose to harness the power of mother nature in your garden: organics contain microorganisms that provide more than the 16 essential nutrients science recognizes in chemical fertilizers. Natural components are multifaceted, including enzymes, microorganisms, and bacteria that stimulate root growth and facilitate nutrient uptake. These substances contribute to aromas and flavours that may otherwise not be enhanced. Lab tests also prove that organic gardening has greater benefits: worm-casting teas raise levels of chitin enzymes which repel pests and disease.

“The public definitely appreciates organically-grown material and it is often fetching a higher price. This motivates gardeners to engage in ecologically sound gardening practices.” says David Robinson. “All these practices can be incorporated and utilized, not only to minimize our carbon-footprint, make our product more attractive in the marketplace, but to enhance the productivity and vitality of our plants.” 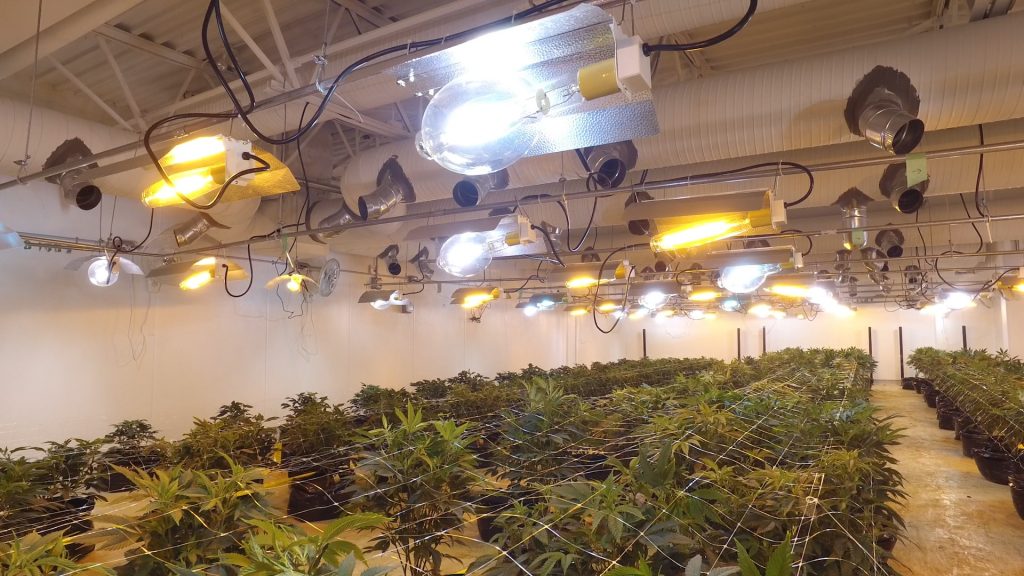 Cannabis is establishing itself once again in history as a legitimate medicine and remains a hot topic of social and political debate. Patients have shed blood, sweat and tears fighting valiantly for their right to grow this miracle plant and break the shackles pharmaceutical drugs have on their lives. Cannabis is known to help a variety of ailments, including chronic pain. Painkiller addiction is a growing epidemic in North America and getting off them is a challenge of its own, but it can be done. This patient’s story is one of them:

John’s story began in 2005 when he made a wrong move at work and tripped. He fell 28 feet onto concrete, obtained eighteen major injuries–four in his neck alone–and had to undergo six major surgeries. The chronic pain he endured from his injuries had him on 33 pills a day and cost an obscene $1,488 a month.

The slurry of heavy pharmaceuticals had him “chasing pain” on a daily basis and did little to help. Eventually, John decided to get his life back and switch out pharmaceuticals to growing cannabis. John’s strain of choice is Medi Kush, a strain he created himself. Medi Kush had the right amount of THC and CBD to do for him what all the drugs failed; a single plant eased John of his muscle spasms, anxiety and severe chronic pain.

“Always using the organics. Medi-One.” John says about his growing method, showing off a bottle of Green Planet Nutrients Medi-One and revealing the Medi-One logo on on his T-shirt. “It’s what I use, it’s what I love. It’s the organic medicine that really plays a key role in helping myself.”

After he started to learn and perfect how to grow his own medicine, John won awards for his Medi Kush. In 2011, John won 1st place at the Treating Yourself Medical Marijuana Cup, using only Medi-One, his medi kush and promix to grow the winning buds. In 2012, he won 2nd place. You can see a full tour of John’s impressive garden on our Garden Tours, and he also has his own YouTube channel. 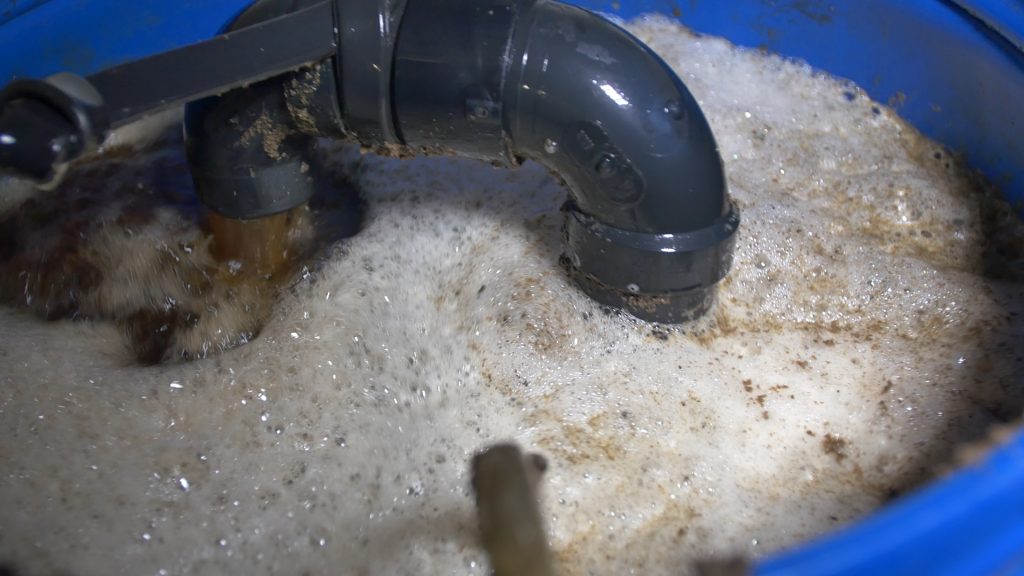 Nutrients are important when it comes to growing and can get costly. This facility produces their own organic nutrient solution in the form of a compost tea. Although they were unwilling to share their formula, the garden was willing to share the process of making it: starting with filtered and purified water, they blend and circulate their secret formula for thirty-six hours. This colonizes microbes, which turns the blend of liquid compost into a living food to be fed to the plants.

In the grow room, you want to start off with plants that are healthy. With that said, all good gardens start in the mother room with genetics. This particular facility takes measures to ensure that their mothers are bug-free, disease-free and have the best genetics possible. The mums are kept in a sealed-off, sterile environment and have a variety of top-genetics available: sativas, indicas, and a majority of hybrids that give the best of both worlds.

When cuttings are taken off the mother plants, they go into cutting trays under domes for approximately two weeks until they root. After they’ve developed roots, the cuttings enter the pre-vegetative stage of growth. At this stage, it’s important to make sure your plants are disease free, bug-free, and growing uniformly as this ensures good genetics and healthy plants that are ready to go to veg.

During veg, plants grow through the trellis netting, which supports and prepares the plants’ stems for the weight of the flowers that will develop in the bloom stage. Furthermore, fans gently move air around the room, ensuring all leaves are moving, as air flow helps strengthen stems and leaves and makes the plants more durable.

“Movement is a great indicator of a “good” grow room,” says Justin. “Not one area is being blasted. Every leaf in this room is moving and dancing beautifully. The overall canopy and structure of the plants indicates they’re really really ready for a good yield.”

All lights in this facility are controlled by cranks that control the height of long bars that support the lights. Raising and lowering the lights gives the grower the ability to adequately light the whole plant canopy. If the lights are too close, we create a stressful situation for the plants. If they’re too far, there isn’t enough luminance to penetrate the plant’s leaves, which creates a poor growing environment. When buying lights for your grow room, it’s important to make sure they offer a wider variety of spectrums to facilitate healthy plants. Justin explains the importance of having a full spectrum of light available to your plants, as opposed to a limited spectrum:

“The fuller the spectrum, the healthier your plants will be overall. All plants, regardless of being grown indoors or outdoors, are accustomed to being grown under full spectrum. Plants have been growing for thousands of years under the sun, which is the fullest spectrum of light you can get. So, the closer we can get to replicating the sun, the healthier the plant’s going to be. That is why Metal Halide grows and vegetates beautiful plants, and although High Pressure Sodium lights are monochrome, they provide the intensity and drive to create a bigger, heavier harvest.” 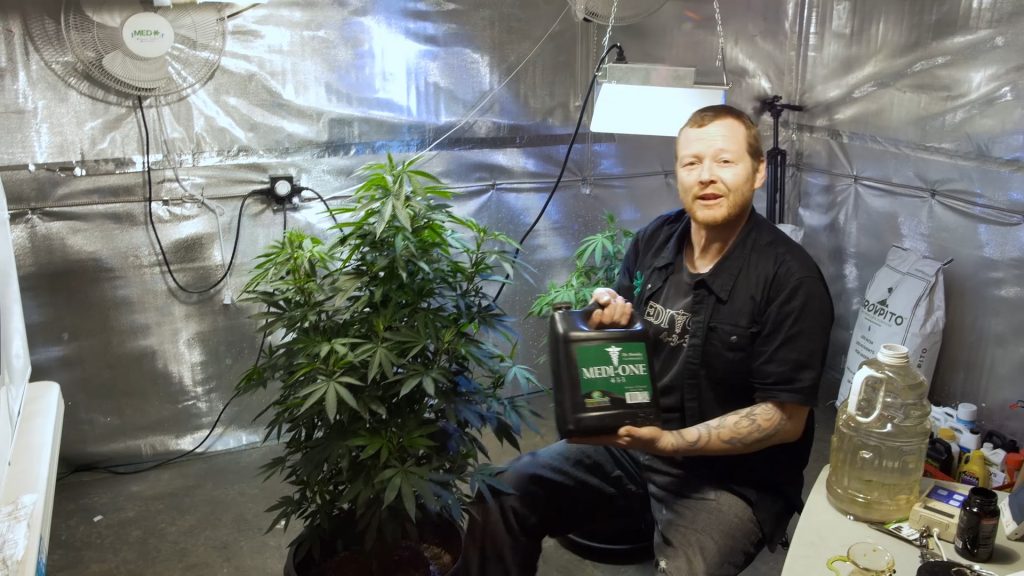 Knowing the differences between the types of light fixtures and their spectrums is extremely important when it comes to growing a good yield. When using LED lights, Justin explains that most provide a very limited spectrum of light, predominantly red and blue light. Apart from the limited spectrum, a typical LED will not produce as fantastic-looking plants as your High-Intensity Diode lights, such as metal halide or high pressure sodium. MH and HPS lights provide higher Kelvin temperature, more intense heat and light. LEDs do not have the strength to drive through the plant material itself, though they have their benefits in power-saving costs when considering full-spectrum LEDs.

If you are considering purchasing LEDs for your grow room, you must look for two main features: 1. Full spectrum LED, 2. No cooling fans.

Why are cooling fans a bad idea? Cooling fans on the drivers not only use up more energy, rendering the power-saving ability of LEDs pointless, but they also have the ability to blow unwanted debris–such as pollen–around the grow room. A good LED light, for example, is Spectrum King. These lights not only have a full spectrum 92 CRI (colour rendering index), but they also use a sophisticated cooling system utilizing blades and liquid glycol to cool drivers. Fuller spectrum lighting, which aims to replicate the spectrum of the sun, is far more beneficial to growers as it leads to healthier plants. In the flowering room, this facility uses a mixture of MH and HPS lights together, providing a fuller light spectrum for overall better plant health.

Justin recommends the best way to mix lights and save power is to mix a 450 Watt Spectrum King LED with HPS bulbs. This provides the full spectrum, the power saving ability of the LED, and also provides the heat and penetration of the HPS light to get the best yield possible.

When growing organic buds, they should be big, beautiful and full of pristine aromas, flavours, and dusted with sugars and trichomes. The blueberry kush smells like blueberries, the tangerine dream smells like oranges. This facility accomplishes this standard by brewing their own compost tea, utilizing top-notch air conditioning, providing perfect full-spectrum lighting situations, and  by following strict guidelines to grow the healthiest plants possible. With all these factors in play, they are able to get the best quality medicine out to the patients and really raise the bar when it comes to organic growing standards: what you lose a little in yield, you certainly make up for in quality; this is what you should be doing as an organic grower.

In this episode of Growing Exposed, we looked at a top-notch, federally licensed, 100% organic medical grow-op, we heard the story of a medical patient and how this remarkable plant literally saved his life, and we learned how to select the best lights for your grow room. As cannabis becomes a more widely accepted legitimate form of medicine, more patients will require high quality cannabis that is grown in pristine facilities such as this one. The importance of the growing method, air conditioning, HVAC, airflow, quality of nutrients, lighting and security system all impact the end product, which is what patients utilize for their healing. Keeping these standards as high as possible verifies the grower takes medical patients and their standards seriously. Whether you’re growing your own or obtaining your medicine from a federally licensed facility, cannabis is showing itself time and time again as a medicine that is literally saving lives.