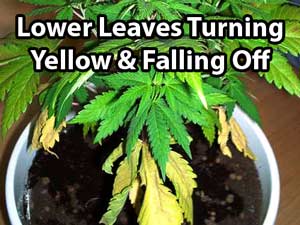 Nitrogen One of the Big Three Major nutrients:

Nitrogen in its most common forms used by plants, Ammonium, Urea, Nitrate need to be readily available in your media, in order for proper growth at all stages of plant life. Nitrogen is a mobile nutrient moving around the plant as needed.

Nitrogen has a essential role in photosynthesis, being a major component of chlorophyll production. Nitrogen is also crucial as an amino acid, a key part of proteins the plant uses as structural components and enzymes. Nitrogen is a mechanism of ATP’s internal metabolism regulations and is significant part of a plant’s DNA and procreation. When you don’t have the right amount of nitrogen available your plant they will suffer and grow unhealthily and produce less then optimal flower.

Naturally nitrogen is normally very abundant in soils through a process of decomposition in the soil, by microbes, of many materials that are broken down in an elemental conversion called the nitrogen cycle. Sources ranging from the atmosphere, animal and plant matter, run off from Agricultural process convert nitrogen to usable forms for plants. In this same cycle nitrogen can be lost by denitrification where microbes exhaust the available oxygen in a soil and convert NO3(nitrate) to gaseous oxide of nitrogen or N2. Neither can be used by your plants.

In your bottle nutrients formulations of nitrogen as NO3(ammonium), NO4(nitrate) and Urea have been combined to suit the needs of your plants. These sources of nitrogen will dictate plant growth and health so understanding the different relationships they have will help you diagnose toxicity’s and deficiencies.

Many growers run into problems with nitrogen. Whether is toxicity or a deficiency nitrogen can cause serious problem to a plant’s growth and overall health. Because nitrogen is so necessary to so many functions with a plant the signs are well known.

When a plant is young it is going to need a steady source of readily available nitrogen. As it grows nitrogen will aid in photosynthesis and promote healthy green growth. As the plant grows from a seedling to a fully matured plant it will need higher and higher amounts of nitrogen.

Factors that will affect nitrogen absorption:

Nitrogen deficiencies in cannabis are not uncommon. Nitrogen is used all over the plant but where you will see signs first is in older and lower leaves that receive less light. The idea behind this is that older leaves and leaves further away from a light source are photosynthesizing less and there for need the least amount of nitrogen, when your available nitrogen starts to decline you will see it in these parts of the plants first.

Lack of nitrogen besides making your plant look and grow unhealthily, will have a few other effects. It will make your plants weak and their roots systems won’t grow and will attract root rot. Cuttings taken from a Mother showing signs of nitrogen deficiencies will take longer to root and maybe wont root at all.

Correcting a deficiency can be more then just a small change. But most often, all that is needed is to feed more and or in higher quantities thus supplying more nitrogen. Again, this is where your source of nitrogen comes into play.

Your source of nitrogen for soil as well as in an inert, hydro/grodan etc., media needs to have the same qualities. Which are being readily available and some being available over time. Both soil amendments and bottled nutrients need to be chosen with respect to what you need them to do. In soil in addition to your base nutrients you feed your microbes so soil diversity is important, teas and mycos applications will improve your available nitrogen. When using a liquid nutrient, a 1-Part or 2/3-Part must be feed in proportions as to have just enough of all major and minor nutrients. If you are feeding at suggested rates and are still experiencing a nitrogen deficiency, the reason might be your media and or under/overwatering.

Making sure your media is properly pH’ed and that you are allowing it to dry down in between feedings or watering’s will improve and this will improve nitrogen absorption and promote a healthier media. You want your plants eating as much of what is available at all times.

Since nitrogen easily moves through the plant feeding a proper mix with a healthy media will great improve your plants health. You will lose some leaves due to stress but new growth will be healthy.