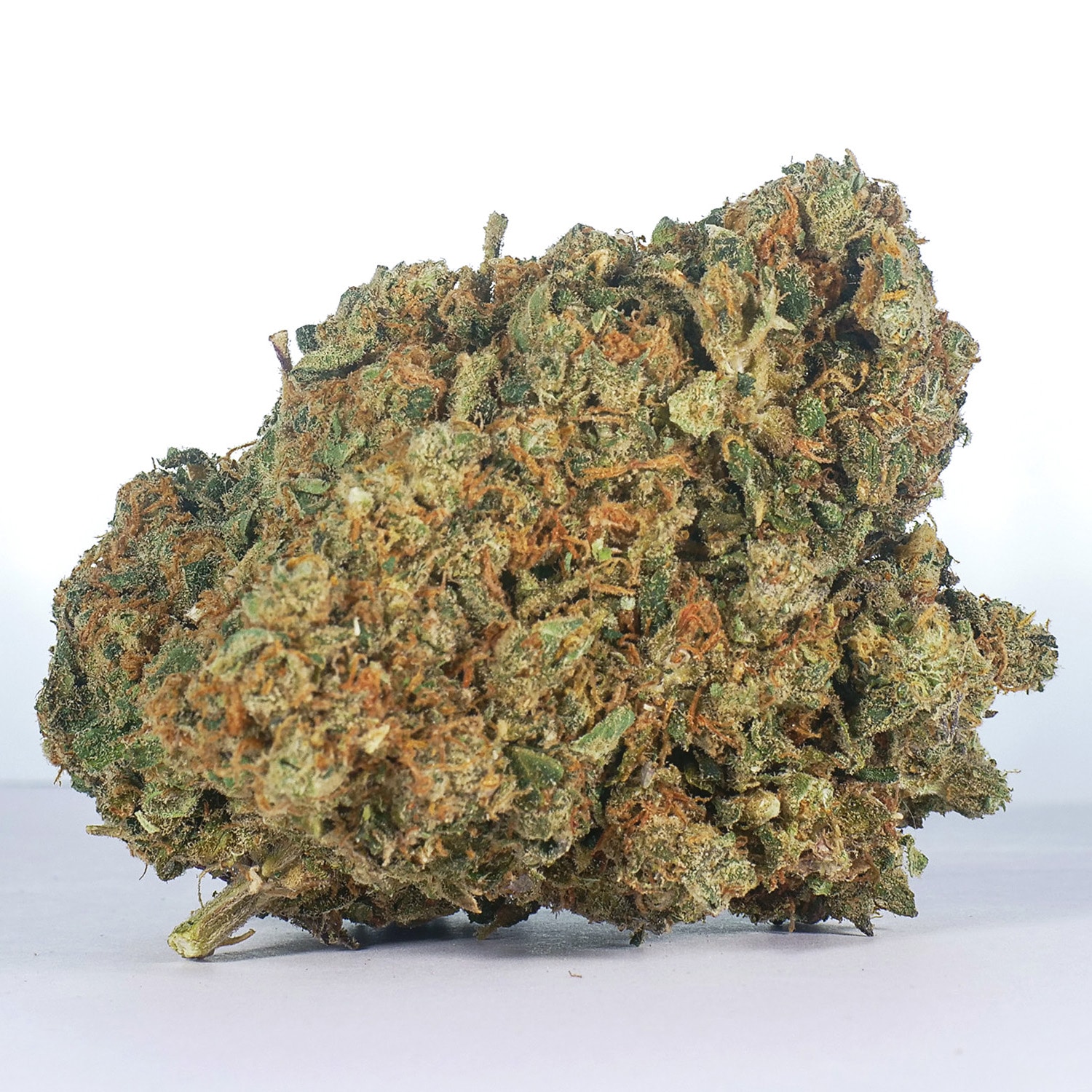 Prepare for an intensely psychedelic experience with the renowned LSD strain. This Indica-dominant powerhouse provides users with a supremely narcotic and uplifting effect. LSD’s balanced experience and invigorating aroma earned it the 3rd Place Indica Cup at the 2008 High Times Cannabis Cup. LSD flower buds contain between 14 and 19 percent THC, but some batches can have up to 24 percent THC. 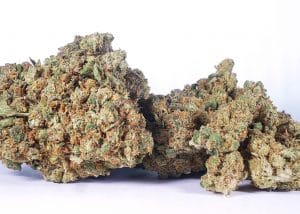 Amsterdam-based seed bank Barney’s Farm crossed the legendary Mazar-l-Sharif and Skunk #1 strains to produce a robust and disease-resistant LSD strain. Both strains pass off their sedating and energizing effects, respectively. This Indica hybrid has an eight to nine-week flowering cycle. LSD has produced other balanced hybrids including Alien Hallucination and Sour LSD strains.

LSD brings together all of cannabis’ most prized aromas: musky, spicy, sweet, and sour. Its main terpenes are terpinolene, pinene, and myrcene. Terpinolene’s fruit scent balances the earthy and pine notes from myrcene and pinene, respectively. While earthy and floral, LSD has a distinct piney and citrus Kush aroma. A mild skunkiness permeates through the air after opening up a jar of LSD. 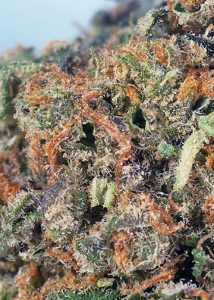 LSD buds are small and cone-shaped dollops covered in golden trichome glands. Its green bud leaves range from dark green to a pale green hue. These round nugs exhibit signature Indica bud structure characteristics. Sporadic orange pistils add a touch of color to the sea of green. LSD buds are dense, sticky, and a pleasure to break down before packing a bowl or joint. Make sure to save every grain of LSD to enjoy its mind-altering effects.

LSD’s main draw is its balance of energy and relaxation. Users will experience a rich cerebral experience, while their entire body is extremely relaxed. Users report feeling creative, euphoric, social, and happy after consuming the LSD strain. LSD’s spacey and stoney effects are exhilarating but can be too intense for first-timers. For a fun experience during any time of day, enjoy a dose of the LSD strain.

Trying the LSD is a must for cannabis users with high tolerances or those looking for strong and quick relief. This Indica hybrid can commonly be found in Oregon, Washington, Oklahoma, Alaska, and Colorado retailers. Try the LSD strain during a day off, right before bed, or while watching a movie. LSD gives users as close to the real mind-bending LSD experience as possible.