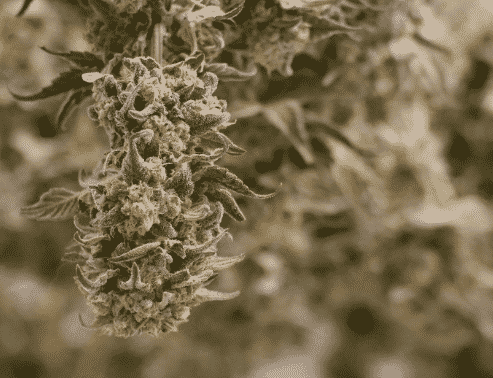 Chemmy Jones is an award-winning marijuana strain with moderate-to-strong THC levels and a stimulating aroma of diesel and fruit. If you’ve never had Chemmy Jones, you’re in for a treat. This sativa-dominant strain won first place at the 2018 Connoisseur Cup and was the overall flower champion at the same 2017 cup.
Its THC concentration ranges between 15 to 20 percent, sometimes higher, and also higher-than-normal (3-5 percent) terpene levels. What’s not to like about high potency and smell? 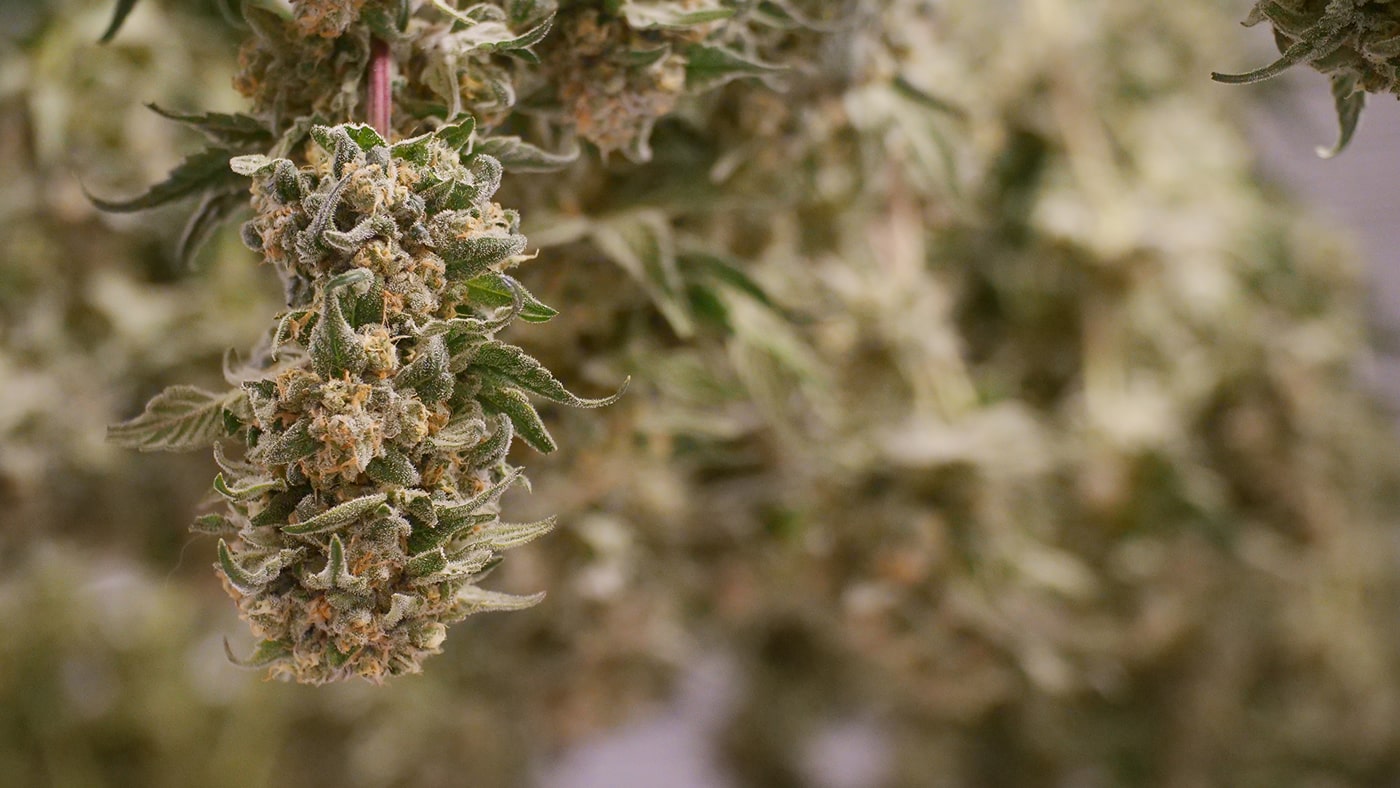 Chemmy Jones’ potency and skunky aroma come from its parents, Chemdawg D (a phenotype of Chemdawg) and Casey Jones (Oriental Express x East Coast Sour Diesel). Connoisseur Genetics from the U.K. brought the world this high-yielding and high-producing sativa hybrid strain.
Chemdawg D contributes to Chemmy’s funky scent combination of sweet and sour as well as its high THC concentration. Casey Jones passes on its earthy and citrusy aroma to bring you zesty-smelling flower buds to start off your day.

Chemmy Jones is a terpene hunter’s dream strain. It’s musky and pungent, but it also has a tinge of sweet and floral undertones. Some users say Chemmy’s aroma reminds them of lavender, granny smith apples, and a variety of tropical fruit. The sweetness is balanced with Chemmy Jones’ diesel and piney smells.
Chemmy Jones’ most abundant terpenes are myrcene, beta-caryophyllene, linalool, alpha-pinene, limonene, and humulene. This mix of scents includes spice, lemon, and pine for you to enjoy. 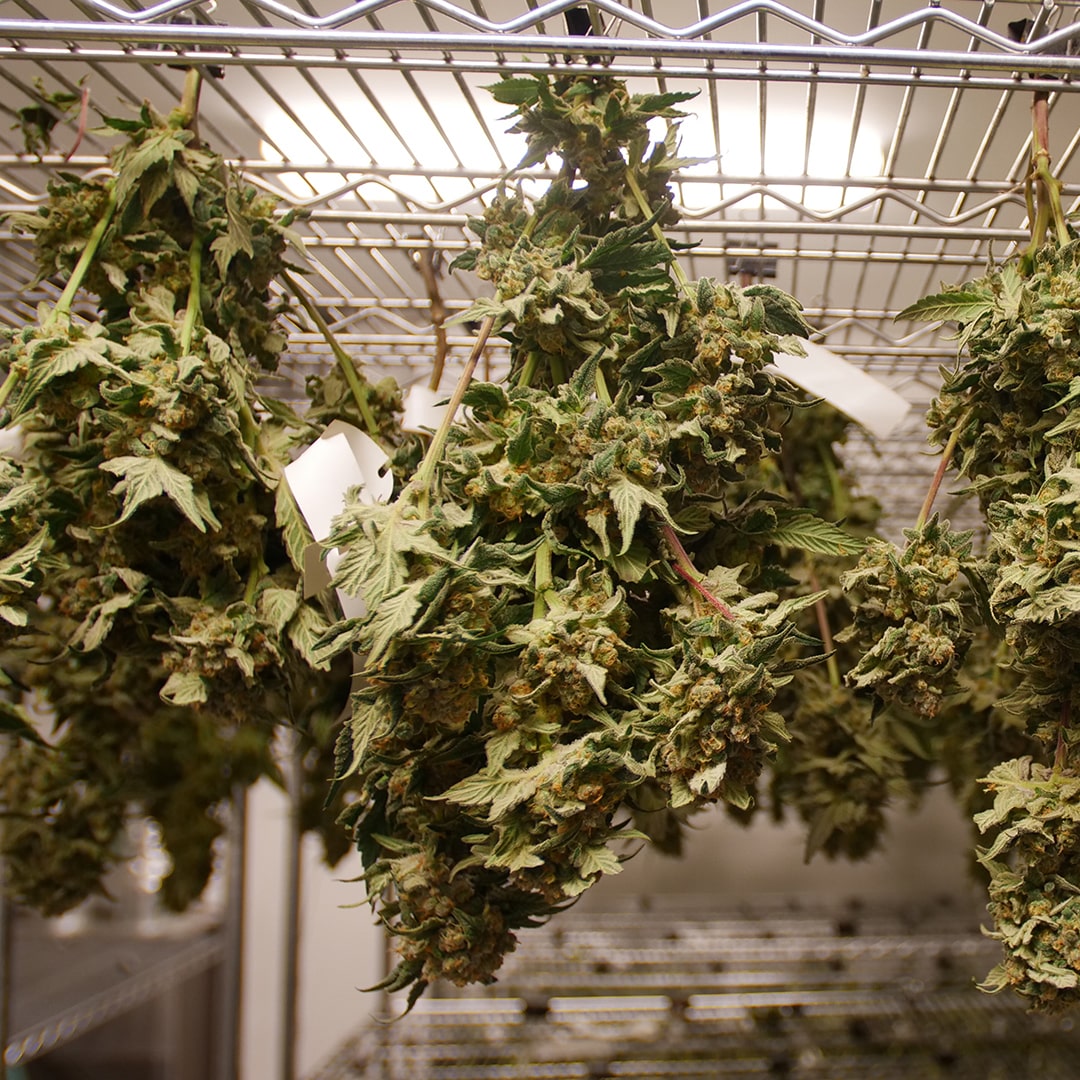 Some Chemmy Jones batches will have vibrant lime-green leaves and a blanket of white and fuzzy-looking trichomes. Chemmy Jones flower buds are typically covered in trichome resin and wiry orange hairs. These buds can be round or chunky and whispy.

First and long-time users can appreciate Chemmy Jones’ strong potency and invigorating effects. A small dose of Chemmy can deliver near-immediate stress relief by relaxing muscles and easing your anxious thoughts. Too big of a dose for novice users can cause a bit of paranoia.

When used effectively, Chemmy Jones provides revitalizing and happy effects that will keep you functional throughout the day. Turn up the dosage to relax after a long workout or to prepare for bed. Expect to feel effects for about one to two hours.

Chemmy Jones flower buds vary by grower and dispensary, but usually come packed with resinous trichomes full of cannabinoids and terpenes. These flowers can be high in THC, which may not be the best choice for new users. If you want to replace your morning cup of coffee or boost your creativity, give Chemmy Jones a try.